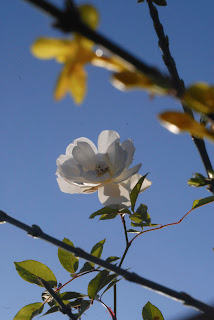 Although Christmas's weather was very dull and dreary it has been so mild that the garden seems to be in a complete muddle.   Friends tell me that blue-tits are investigating their nesting box, the birds are all singing as though it was spring and this morning I photographed this brave little Iceberg rose bobbing in the wind above some flowering winter jasmine, which is, itself, quite early.

Purely by accident (or was it magnetic force?) I have managed to spend the only 2 sunny days we have had over the holidays in the garden.   There was - and still is - so much to be done, particularly by way of  pruning, clearing fallen leaves and last year's growth but I have been trying to resist the temptation of too much tidying as I want to leave some things for the birds to use for their nests and I'm not at all convince that winter isn't yet to come.  Green finches, blue tits and a gold finch were among the prettier visitors to the garden today and there is almost always a red kite soaring about over head these days.   One less-desirable result of my clearance attempts has been that a pigeon now manages to sit on the arch and lean across to the bird-feeder to help itself to sun-flower seeds.   Not at all what I had in mind!

Had a great session pruning some fairly large branches from the Judas tree and the hazel, although I think the latter still has to go.   I have plenty of small saplings popping up all over the place (thank you squirrel) as well as some in pots to replace it if I feel the need, although this is largely sentimental attachment as the original tree came from my brother's house around the corner.

I decided to experiment with raking the moss from the lawn while it is still dormant which - hopefully - will give the new grass a better chance to grow when spring really comes.

Here are a few wintery details. 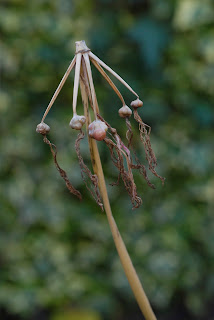 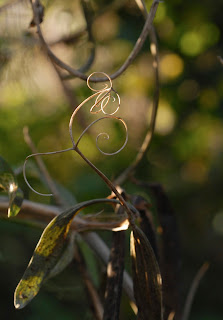